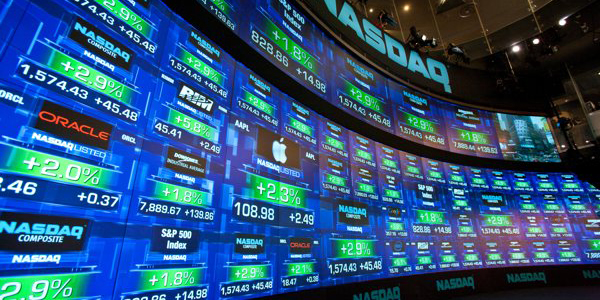 "These are parabolic advances that have been driven by speculation. Such advances are NOT sustainable. This is not to say that the parabolic advance can’t still push higher, because it certainly can and I want to make it perfectly clear that at present I do not have any indication that a top has been seen. But, what I’m telling you is that like housing, this too, is a bubble and it will burst...."

"Now let’s review the statistic I have been watching. There have been four 3-year cycles in the CRB that have topped out in *** months or less and 100% of those cycles moved below the previous 3-year cycle low. Also, all four of these 3-year cycles were associated with major long-term tops in the CRB and the underlying commodity complex. With the last 3-year cycle low occurring in ***, *** marks the **th month for this cycle. Thus far, the price highs have occurred in July. Again, the key will be whether or not the bounce out of these intermediate-term oversold levels betters the July highs after the last trading day of ***. If not, then we should have a major top in place...."

Tim Wood is a Certified Public Accountant. He began publishing his market letter, Cycles News & Views, www.cyclesman.com, after writing a cover article in Technical Analysis of Stocks and Commodities Magazine. In that article, he correctly identified the 2000 market top, as well as a subsequent decline that produced the 2002 bottom. Tim’s background disciplines are accounting and finance. And, he was first exposed to technical analysis during a senior-level college finance course. The course cultivated an interest that motivated him to further study of technical analysis methodology. His investigation of technical methods in the mid-1990’s led Tim to the work of the cycles pioneer, Walter Bressert, who also serves as President of the Foundation for the Study of Cycles. Tim had the honor and privilege of studying extensively under the direct supervision of Mr. Bressert. He was attracted to Mr. Bressert’s methodology by the quantifiable characteristics not found in other technical methods. Tim’s application of these cyclical and statistical based methods allowed him to correctly call the 2000 top and decline into the 2002 low. During the period from 2000 to 2002, Tim began to study Dow Theory. This lead him to the work of Richard Russell. Mr. Russell helped Tim obtain the original 1930‘s writings by Robert Rhea, the leading Dow theorist of that time. These writings and those of Mr. Rhea’s predecessor, William Peter Hamilton, influenced Tim’s eventual conclusion that there may be a connection between Dow Theory and cycles, despite the absence of an obvious link. Specifically, Tim discovered that the bull and bear market periods in the early days of the market averages were connected to the 4- year cycle. This result was supported by analyses of William Peter Hamilton and Robert Rhea. Tim was then able to dovetail the two methods, which he uses as complementary tools. So, he is able to apply a quantitative approach to Dow Theory and create a discipline not achievable with Dow Theory alone. Tim combined these methods to create a technical analysis platform that includes his Cycle Turn Indicator as well as a Direction and Swing Summary. He uses Dow Theory to profile market direction in conjunction with longer-term cycles to estimate the larger-degree trend. Then, he employs data mining techniques to determine probabilities. Probability analysis, in turn, is used in support of intermediate-term and short-term statistical inputs to cycle analysis. A composite of Primary Indicators is used to generate buy and sell signals with Confirmation Indicators intended to add a level of confidence. A set of Secondary Indicators is used to identify overbought and oversold levels that may suggest the formation of cycle tops and bottoms. The analytical method is, then, a layered approach. Dow Theory, cyclical data, and statistical probabilities are used to provide expectations about longer-term market direction. Intermediate-term, weekly Primary indicators are used to determine the right side of market position. And, when combined with intermediate-term cycle phasing, weekly evidence serves as a guide for persistence or possible change of longer-term market direction. Finally, short-term indicators are used to identify intermediate-term turning points. Tim relied on these methods to warn his subscribers of the housing top in 2005, the stock market top in 2007, the commodity top in 2008, the 2009 low in equities and of the 2011 top in gold. During the 2004 to 2007 period, he maintained that the equity market was stretching into an extended 4-year cycle top. He also contended that the liquidity infusion would only serve to make matters worse during the decline into the 4- year cycle low. This proved correct as the most severe financial decline since the 1930’s followed in the wake of that extended 4-year cycle advance. As the rally out of the 2009 low began, Tim said “the longer the rally lasts, the more dangerous it would become.” He views the current liquidity-induced advance as a contributing factor to an extension of the normal ebb and flow of the 4-year cycle. So, based on Tim’s research, he believes once again, that this will only serve to make the inevitable decline toward a 4-year cycle low even worse. Tim’s statistical-based analysis has allowed him to identify a common set of high probability occurrences that are typically seen at 4-year cycle tops. The analysis also has historical basis from the similar configuration of stock market tops in the past. Tim has maintained that the advance out of the 2009 low is likely to be a financial train wreck waiting to happen. However, he has also maintained since 2009 that the advance is likely to continue until a cyclical- and statistical-based setup has been completed. And, such a setup will be similar to those formed during other 4- year cycles and major stock market tops. Furthermore, he feels that the current case may develop more extreme conditions than some past instances. So, once his cyclical- and statistical- based setup is in place, we could be facing an even worse outcome than seen in the wake of the extended liquidity-driven 2007 top. Tim also maintains that a major cyclical bottom in gold lies ahead. Cycles News & Views presents a detailed analysis of the dollar, gold, bonds and other sectors, when appropriate, in its monthly research letters. A subscription also includes web-based updates, which are typically done three times a week. View all posts by Tim Wood