Because of record bullishness and manipulative efforts to keep air in the bubble, the 4-year cycle advance out of the 2002 low was stretch. In fact, the cycle that began in October 2002 and that ended in January 2008 was one of the longest cycles in stock market history. In my work with the 4-year cycle there are two distinctly different data sets. One, provides me with statistical norms and averages surrounding the 4-year cycle. This data gives us a "yard stick" with which we can measure current cycles and the expectation of future cycles. Secondly, I have a number of very specific "markers" that are used to identify 4-year cycle lows. In fact, most of these markers have been present at every 4-year cycle low since 1896. One of the many important aspects of these markers is that they tell me when the 4-year cycle has topped and when the 4-year cycle has bottomed. Many erroneously proclaimed that the June/July 2006 lows or that the March 2007 low marked the 4-year cycle low. None of the historical markers that have occurred at previous 4-year cycle lows were present at either of these lows. Thus, all indications were that the 4-year cycle advance out of the 2002 low did not bottom in either 2006 or 2007 and my subscribers were very aware of this fact. As a result, this made the 2002 to 2008 cycle among the longest cycles ever. As an example, since 1896 there have been 27 completed 4-year cycles. The average duration of these 27 cycles has been 47 months. Of these 27 cycles, 13 have extended beyond 47 months. This makes sense in that half of the cycles have extended beyond the 47 month average and half have been shorter. Of the 13 cycles that have run longer than the 47 month average, the data reveals that the average duration of these cycles has been 54 months. From the October 2002 4-year cycle low to the October 2007 high was 60 months. As of the January 2008 low this cycle had run a total duration of 63 months. Since 1896 there has only been one other 4-year cycle that has stretched to this duration. As the equity markets rallied out of the January 2008 low I have been able to call every turn based on my statistical analysis and my Cycle Turn Indictor. I began telling my subscribers well in advance that we were facing the very real possibility of a "cyclical setup very similar to what was last seen in 1930." This has now come to fruition and it's not over.

I also use Dow Theory and I told my subscribers on November 21, 2007 that according to classical Dow Theory the Primary Trend had turned bearish. My views on this were challenged as the Transports moved to new highs in June 2008. But, I explained that under orthodox Dow Theory the previously established Primary Trend change that occurred on November 21, 2007 still remained bearish. This call proved correct and even though we have recently had a trend change, I continue to believe that it is within the context of a much longer-term secular Bearish market. All of these market calls are well documented in my newsletters.

Do you know anyone else who had documented forecasts one year in advance, warning about the sell-off in the equity markets in 2002? Did your broker or money manager ever once tell you this was going to happen? Did the "analysts" on CNBC warn you? What about the "experts" on Fox or CNN? I can assure you they did not see this coming. As for the current situation, I can also assure you that they did not see this top coming either. However, I did make these calls well in advance. The week of October 19, 2007 my intermediate-term Cycle Turn Indicator gave a sell on equities. Then, on November 21,2007 I stated that in accordance with Dow Theory a Primary Bearish Trend change has occurred. As for commodities, I gave my subscribers a very specific statistical benchmark to watch for in the summer of 2008, which unfolded perfectly. Did anyone tell you in July that commodities were facing an important top? Well, I told my subscribers. When I look at my statistical and cyclical analysis along with the historical bull and bear market relationships, the balance of the evidence suggests that this bear market still has much further to go. There will be rallies along the way and the cycles, statistics and my Cycle Turn Indicator will guide me at these important turns. As the market turns up out of these important lows we will hear the mainstream media telling us that the market has bottomed. Again, these guys did not see the top in equities in 2000 or 2007 or in commodities in 2008, much less the decline that has followed in either case. So, don't expect them to identify the bottom. Don't buy their Hype. We have note seen the bottom. The rally out of the March 2009 low has been a bear market rally within the context of a much longer-term secular bear market that has not yet run its course. The Phase II decline is out there and it should be far worse than the Phase I decline was. I have gone back to the inception of the Dow Jones Industrial Average in 1896 and identified the common traits that have accompanied every major market top. Thus, I know with a very high probability what this bear market top will look like and how to identify it.

My technical studies are based on my knowledge of both Market Cycles and Dow Theory. My knowledge of cycles is based on the methods I learned from Walter Bressert. My knowledge of Dow Theory has come from my studies of the original works of Charles H. Dow, William Peter Hamilton, Robert Rhea, E. George Schaefer, and Richard Russell. If you are familiar with these names you should realize that I believe in the old traditional methods of market analysis. It is obvious to me that these are the best tools available to market students today. Yet, I find that these tools are overlooked and/or forgotten today when they are most needed.

These methods were used to call the 2000 top in the stock markets as well as the projections for the 2002 4-year cycle low. I also identified the top in housing using these methods in 2005. I continue to use these same methods today. These methods allowed me to identify the stretched 4-year cycle in the equity markets that finally topped in 2007 as well as what I now believe was the 4-year cycle low in January 2008. Then, as the equity markets advanced out of the January 2007 lows I was able to warn my subscribers that we were facing a potential 1930's cyclical scenario. These same statistical methods were also used to call the 2008 low in the dollar as well as the 2008 top in commodities. This is all documented in my newsletters. 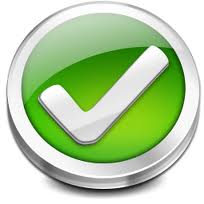 In the Summer of 2001, with the Industrials well above 10,000, I did a research paper that suggested with almost certainty we were about to see a major decline take place in the stock market. Based on history, my study suggested a 100% probability of a move below the 1998 4-year cycle lows as the market moved down into the 2002 4-year cycle low. This did in fact occur as the 2002 4-year cycle lows were made in not only the Industrials, but also the S&P 500, the Dow Jones Utility Average, the Dow Jones Transportation Average, the New York Composite Index, the Russell 1000 and the Wilshire 5000. In my research paper I specifically said that the Dow Jones Industrial Average would close below 7,400 in the Fall of 2002. This documentation was published in the November 2001 issue of Technical Analysis of Stocks and Commodities Magazine. If you would like a copy of this article, please make an e-mail request.

In July 2001 I said the Dow Jones Industrial Average would close below 7,400 in the Fall of 2002. Again, This was published in the November 2001 issue of Technical Analysis of Stocks and Commodities Magazine.

In both my April and May 2002 newsletters I warned that we had a 97% probability, based on history, that the stock market was about to move below the September 2001 lows, which again was proven correct.

In the May 2002 newsletter I warned that I felt the seasonal cycle in the U.S. Dollar had occurred as well as the 4-year cycle top. I further warned that based on my studies of cycles we had a 100% probability of a move below 111 in the U.S. Dollar. Again, this obviously proved to be correct.

In the June 2002 newsletter I stated, "we are about to see the bear market accelerate." This obviously happened as well.

In the July 2002 newsletter I said "If you are still long stocks I would GET OUT." This was a timely call as well.

I have also developed a very unique indicator that has become the cornerstone of my analysis in regard to market turns. I call this indicator the "Cycle Turn Indicator." It was originally developed to help identify the 10 and 22-week cycle tops and bottoms in the stock market and it works great. I then found that it works on other markets and even other timeframes. Throughout 2006 and 2007 I used statistical analysis along with my Cycle Turn Indicator to warn my subscribers that the 4-year cycle low had not occurred, that "the 4-year cycle was extending and that the fallout was still ahead." In October 2007 I had a long-term cyclical sell on equities and by November 2007 the Dow theory had confirmed a bearish Primary Trend change, all of which was published in the newsletter and in the short-term updates. I also called the housing top using statistics and the Cycle Turn Indicator in 2005. These same methods were also used to call the low seen in the dollar in early 2008. As commodities approached their tops in July 2008 I warned that they were in parabolic advances and in mid-July issued a sell signal, based upon these statistics and the Cycle Turn Indicator, right when everyone was calling for $200 oil. In fact, I told my subscribers for months in advance that the dollar was bottoming and that the entire commodity complex was in "a parabolic advance" and that parabolic advances were "ending moves." I also gave statistical benchmarks to watch for in regard to this the top in commodities 6 months in advance and in July those benchmarks were seen exactly as the statistics suggested. Again, it was the use of statistical analysis and the Cycle Turn Indicator that confirmed the July top right when many others were calling for $200 oil. My methods told me that a major top had occurred and this too has since proven correct. I also issued a sell signal on gold in mid-July warning subscribers of the decline. Then, as gold approached the September lows I told subscribers that an intermediate-term cycle low was due. The statistics and the Cycle Turn Indicator have proven to be extremely valuable tools over the years.